In third collaboration, Owens presents another new take on the Chuck 70 with inflated proportions. This Fall, Converse, alongside one of fashion’s iconoclast, Rick Owens, launches a second interpretation of the iconic Chuck Taylor silhouette through carefully exaggerated design articulations. DRKSTAR showcases Owens' practice of confident distortion of cultural signifiers and his distinct choice to bend and reshape the sneaker. This new silhouette follows on the success of the TURBODRK Chuck 70, the first-ever squared toe execution of a Chuck. Owens has always held a distinct connection with Converse, and it is this connection first led him to introduce the DRKSHDW SS14 Ramones, a subversive interpretation of the Chuck Taylor All Star. This latest take on the Chuck 70 emerges in both a Hi and Ox cut with a dimensionalized rounded toe cap, gently blending the contours seen on the Chuck 70 and DRKSHDW SS14 Ramones silhouettes. The sneaker’s upper is crafted in a heavy-weight 18 oz cotton twill with a notably extended tongue, as seen on both the TURBODRK and TURBOWPN. The black and white colorways continue to mirror Converse’s most classic icon with nuanced stitching that merges Owen’s stark universe of modernist minimalism and contemporary luxury. 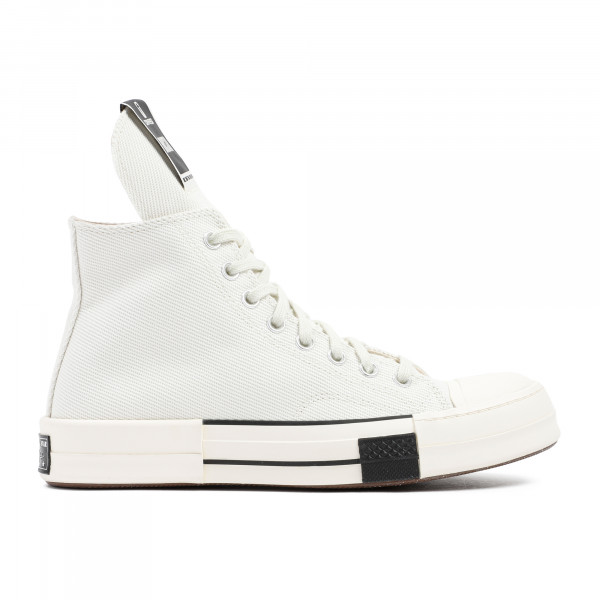 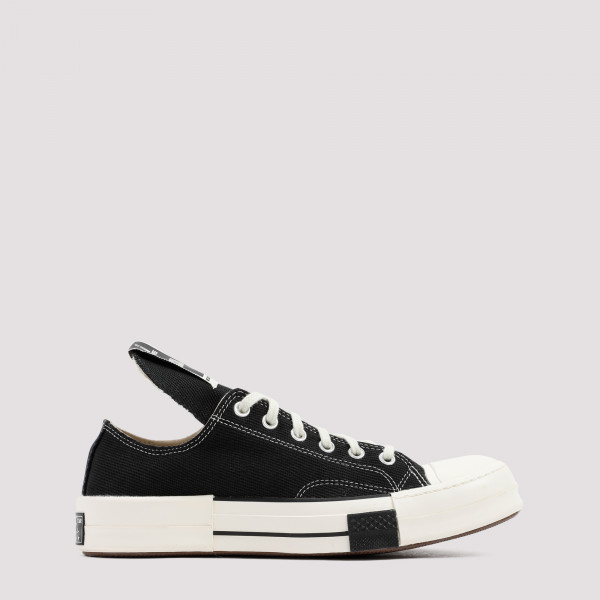